A New Era of Pre-Workouts: PeakO2 vs. Beta-Alanine For more than a decade, product developers formulating pre-workouts have  turned to beta-alanine and citrulline. Backed by numerous studies, beta-alanine is about as much of a “proven commodity” as you’ll find in the world of sports nutrition supplements, save creatine or caffeine. But, beta-alalnine is mostly in the formula for the sizzle (the tingle), not the steak. Most athletes fail to realize the true performance-enhancing effects of beta-alanine for several reasons, which we’ll get to in a bit.

Today we delve deep into an ingredient that goes toe-to-toe with beta-alanine on effects and delivers a whole range of other benefits beyond beta-alanine.

That ingredient is PeakO2®, or as some call it…“the better beta-alanine!” 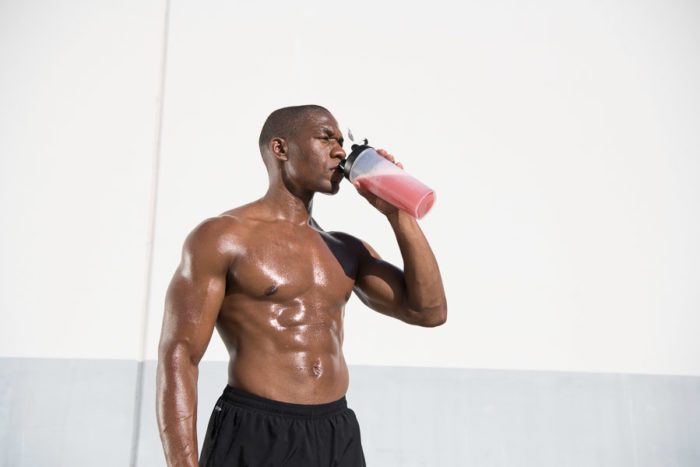 PeakO2® is a patent-pending blend of adaptogenic mushrooms headlined by cordyceps militaris, but contains five other beneficial mushrooms with long histories of use. PeakO2® also contains potent antioxidants which are present in mushrooms such as King Trumpet.

PeakO2® has been shown to improve peak power, endurance, and VO2 max in humans. This blend could also be called “performance mushrooms”. So, it’s ideal in pre-workouts, amino products and adaptogens. But to really understand how and for whom PeakO2® does what is does, it helps to understand the factors that limit your performance during training and competition.

At its core, muscle failure ultimately boils down to one of four things, or a combination thereof:

PeakO2® primarily works by increasing your oxygen uptake and improves your muscles’ use of that oxygen. As a result, your muscles are able to regenerate ATP more rapidly, delaying fatigue and preserving muscle glycogen levels. Additionally, the mushrooms contained in PeakO2® also provide a versatile spectrum of antioxidant compounds that counteract the free radical oxidative stress induced by high-intensity training and competitive sports. Combatting multiple reasons for muscle failure makes these performance mushrooms an exceptional ergogenic aid for both performance and whole body health benefits! Basically, no matter what type of physical activity you do (crossfit, bodybuilding, powerlifting, endurance training, etc.) PeakO2® can apply to you. Because ATP generation is ultimately affected by oxygen, your muscles ability to perform continuously revolves around their oxygen supply. Any ingredient that increases oxygen uptake is a MUST HAVE for performance.

Now, flipping things over to the beta-alanine side, let’s take a look at how it improves performance.

Beta-alanine is a naturally occurring beta amino acid that serves as the rate-limiting step in the synthesis of carnosine, a powerful intracellular buffer that removes hydrogen ions from muscles. During exercise, a host of metabolic waste products accumulates along with these hydrogen ions, and carnosine shuttles them away from your muscles, ultimately allowing you to train for longer bouts of time before succumbing to fatigue.

As impressive as that may seem, consider that you must consume between 4-6 grams per day until you reach a total of 179 grams to get those clinical benefits. If you’re only taking 1.6-3.2g each day (the amount typically used in a pre-workout), that means it could take you up to 16 weeks to reach saturation and actually receive a benefit from beta-alanine. Most consumers don’t take pre-workouts daily, so the typical daily dose of beta-alanine is even less. On top of that, beta-alanine really doesn’t start to “kick in” until you’re exercising for over 60 seconds, which is considerably longer than most traditional weightlifting sets last or the fast-twitch burst activity of sport occurs. In other words, beta-alanine is often used because of the “tingles” that make you think it’s “working.” A dose above 1g typically results in a tingling sensation. Some like the tingles, but most find it irritating. 1g of PeakO2® delivers performance fast, but without the tingles. [3]

If you want better, more tangible results faster, and without tingles, PeakO2® is an effective option.

Dosing PeakO2® is incredibly easy. It really depends on how quickly you want to get the results.

Clinical trials show that once you reach 28 grams, you receive all the performance and health benefits that PeakO2® has to offer. You can take 1g per day for 28 days, or 4g per day for seven days to fast track your results. The higher you dose it, the faster the results come…all with ZERO tingles!

PeakO2® Vs. Beta-Alanine at a Glance For the past five years, many formulators struggling to differentiate their preworkouts have simply added more beta-alanine and citrulline. The industry keeps pressing the same buttons. While innovation has been on the periphery, it hasn’t hit the mainstream. PeakO2® represents on opportunity to change that.

When it comes to improving energy production, delaying the onset of fatigue, and enhancing performance, PeakO2® is faster-acting and arguably more effective. PeakO2® increases oxygen kinetics and work capacity; is also boosts power and stamina while reducing exercise-induced stress. Essentially, PeakO2® is the ultimate combination of power, strength and speed, essential for explosive performance. It’s like taking the best facets of creatine, beta-alanine, and betaine and condensing them into one supplement.

There’s no denying the performance-enhancing qualities of other ergogenic aids, and if you want to stack them together, they could be complementary. But if you’re pressed to choose only one compound to take your athletic performance to the next level, try PeakO2®.

FORMULATORS: get samples of PeakO2® How to Make Your Plant Protein Stand Out