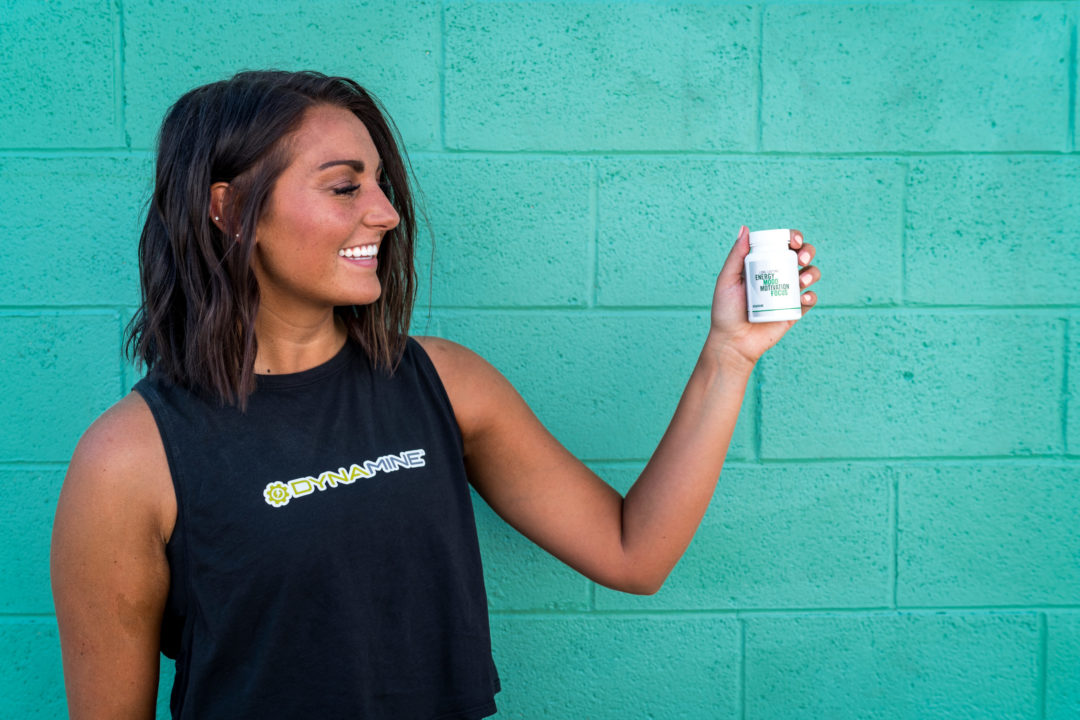 This is one question we get asked frequently – What are the differences between Dynamine™ and TeaCrine®? Let’s take a look at Dynamine™ vs. TeaCrine®.

Theacrine (1,3,7,9-tetramethyluric acid) is a chemical cousin of caffeine that provides long-lasting energy, mood, and focus to complement the immediate, sharp energy infusion supplied by caffeine.

TeaCrine® is a patented compound containing a concentrated level of pure theacrine (>98%). Theacrine is typically found in kucha tea and coffea robusta.

We’re all familiar with caffeine’s fast-acting energy, but its strong “pop” starts to fade after about 3-4 hours after ingesting it.

That’s where TeaCrine® comes in.

TeaCrine® has a half-life of ~20 hours, meaning its effects are incredibly long-lasting (significantly longer than caffeine, whose half-life is ~5.5 hours). This makes TeaCrine® a great choice for individuals seeking unrelenting energy, focus, and mood-enhancement.

How does TeaCrine® increase feelings of energy, mood, and focus? TeaCrine® antagonizes adenosine receptors in the body similar to caffeine, but slightly different. Check out this infographic for more info.

In other words, caffeine uses a more “aggressive” or forceful approach to blocking adenosine receptors, while TeaCrine® does it more subtly.

It’s also worth mentioning that TeaCrine® also stimulates dopamine receptors in the brain too.[1]

As a result, TeaCrine® exerts many of the same effects as caffeine (increased energy, alertness, mood, and motivation), but the manner in which it works is slightly different.

Due to their different binding actions, the combination of caffeine + TeaCrine® is highly complementary (synergistic) and gives a “best of both worlds” energy experience with fast-acting energy from caffeine coupled with smooth long-lasting energy from TeaCrine® that avoids the crash and jitters of only using high doses of caffeine to boost energy.

Furthermore, research has found that the combination of theacrine and caffeine results in greater improvements in energy, mood, and performance than supplementing with caffeine alone.⠀⠀⠀⠀

Additional research has shown that the combination of caffeine + TeaCrine®[2,3,4,6]:

Another important point that bears mentioning is that TeaCrine (unlike caffeine) DOES NOT[2,3,1]:

Regarding tolerance and habituation, research indicates that even after consuming 300mg of TeaCrine® everyday for 8 weeks straight, individuals demonstrated no signs of dependency, tolerance build up, or withdrawal as is commonly experienced with other stimulants, such as caffeine.[5] Until recently, it was believed that the combination of caffeine + TeaCrine® couldn’t really be matched.

However, a recent study finds that adding another member to the party may enhance the effects of caffeine up to 3x longer!

That compound is none other than Dynamine™.

In a nutshell, Dynamine™ (methylliberine — 2-methoxy-1,7,9 Tetramethyluric acid) is a faster-acting, harder-hitting form of TeaCrine®.

It’s yet another chemical cousin of caffeine (and theacrine).

Since Dynamine™ is chemically similar to TeaCrine, it’s believed that Dynamine™ (alone or in combination with TeaCrine®) is able to stimulate the central nervous system without impacting your cardiovascular system.

Furthermore, preliminary human studies using Dynamine™ have noted that the onset of action is substantially quicker, with reports of test subjects noting improved energy, mood, and focus (EMF) about 15 minutes post-ingestion with EMF peaking around the 60 minute mark.

In addition to a quicker onset of action, the slight structural differences between Dynamine™ and TeaCrine® also mean that Dynamine™ has a shorter half-life.[7]

Building off the previous caffeine + TeaCrine® research noting that caffeine could improve the pharmacokinetics of TeaCrine® in the body, they wanted to test if the same held true of caffeine + Dynamine™.

Subjects reported to the lab between 6:00 and 7:00 am each study day following a 10-hour overnight fast. Individuals also had to abstain from beverages, drugs, or supplements containing alcohol or caffeine for 72 hours and strenuous physical exercise for 24 hours.

Researchers also collected measurements of resting heart rate and blood pressure prior to supplement administration as well as prior to each blood sample taken.[1]

Around 8:00 am on each study day, subjects received their respective treatment for that day.

As researchers hypothesized, caffeine exposure (area under the curve — AUC) and half-life increased when co-administered with Dynamine™ (Groups IV, V, and VI).[1]

More interesting, is the finding that the combination of caffeine + Dynamine™ + TeaCrine® resulted in the greatest area under the curve![1] Basically, when dosing Dynamine™ and TeaCrine® with caffeine, you can get much longer-lasting energy (3x longer!) than you would using the same amount of caffeine alone.

What this means is that you can “get by” using less caffeine overall throughout the day, yet still feel energized, focused, and motivated!

If you want to see lists of products that these ingredients are in, those are here (Dynamine™) and here (TeaCrine®). Enjoy!